Country of Origin: The Labrador retriever has North American and British roots. The breed originated in Newfoundland and Labrador, Canada. Related to the much larger Newfoundland breed, this somewhat smaller dog originally was used to aid fishermen in retrieving their catches. Brought to England in the early 19th century, British sportsmen refined the breed into an outstanding hunting dog and companion animal.

Size: The British Labrador breed standard allows a height of 21.5 to 22.5 inches for both male and female and can range in weight to about 50 to 70 pounds. British Labs are wider, with fuller chests, thick necks, clearly defined forehead stops, and shorter legs, when comparing them to American Labradors.

Coat: British Labs are typically one of 4 color coats- black, yellow or chocolate, and can be dark red. During molting season they have a tendency to shed quite a bit.

Character: British Labs are a highly intelligent breed of dog that analyzes situations more so than other breeds. The British Labrador makes it the perfect choice for a family dog, as well as a hunting companion. They are especially good with kids. 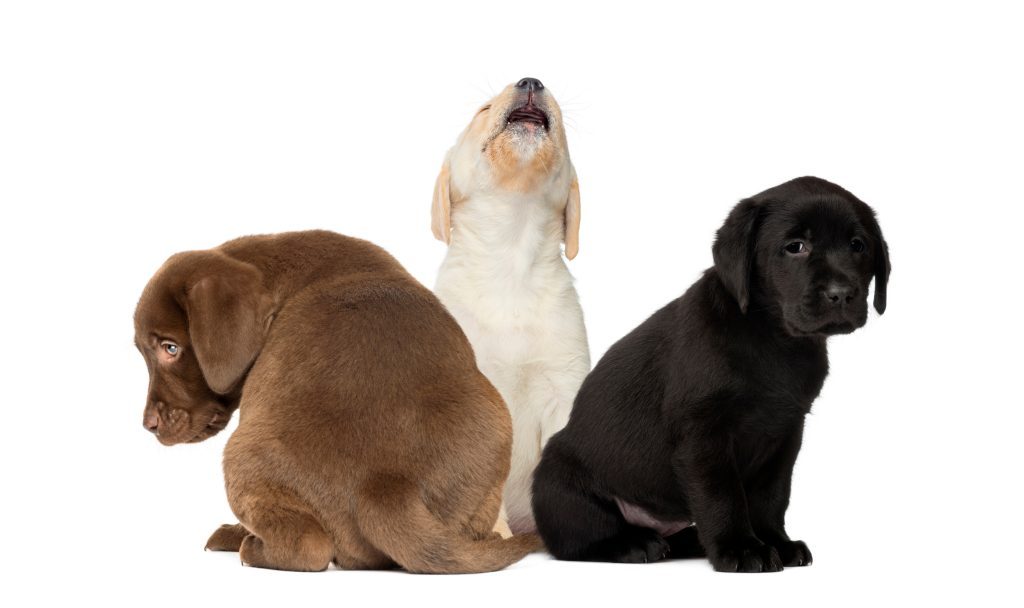 Temperament: British Labs tend to have a calm and less excitable temperament, making them easier to train. They are eager to please, good-natured and smart making great guide dogs and kid friendly.

Care: Socialism is key, Labs love people and need companionship. Lab puppies’ nails should be kept short and are easy to groom and should only need to bathe about once a month. Brushing their coat, teeth cleaning, and checking/cleaning their ears is also suggested as well as  in a weekly routine.

Training: Because British Labs are eager to learn and very attentive to detail training them can take very little effort for them to pick up on the command their trainer is trying to establish. They make great students! Their calm demeanor from a young age helps with the training process.

Activity: British Labs are a moderately active, playful, and curious. Daily walking, play, and interaction is recommended. As puppies they tend to tire easily, so walking a British Lab should be easy for most people in 10-15 minute increments. Fun games like fetch with a ball or frisbee is perfect for this furry friend.